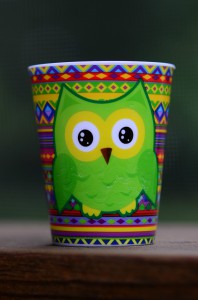 It’s the Internet’s dirty little secret, and one we ignore at our peril. There’s a reason that every new startup is the Amazon of this, the Facebook of that or the new Uber, Airbnb and so on. That’s because the incremental costs of scaling from a startup to a global concern are very different when you don’t need to take on huge numbers of staff and open bricks and mortar stores, hotels, or taxi offices. And a lot of the major product slots have already gone. These days, Amazon alone really is The Everything Store of Brad Stone’s book. Amazon even rents out its own infrastructure as Amazon Web Services.

So will we see an Amazon of Education? Will someone crack the successful online “delivery” of “learning”, coupled with robust assessment, and what will that mean for the institution? The last few years have seen quite a few concerted attempts, largely based on replicating the traditional lecture (watch a video, e.g. a captured lecture) and tutorial format (discussion in a forum), but these haven’t been hugely successful. We’ve seen huge drop out rates, and pivots from some of the leading lights. It may be telling that the MOOC platforms of recent years bear little relationship with their antecedents, such as the near infamous DS106 Digital Storytelling course. And perhaps the future of education will look more like a video game than a lecture. If that seems unlikely, watch the video below from Duolingo founder and CEO, Luis von Ahn. Right now, more people are learning a language online through Duolingo than the total number of people learning a language at school in the United States.

If the future of education interests you, why not continue the dialogue with Simon Nelson, the CEO of the UK’s own MOOC platform FutureLearn. Simon will be one of the keynote speakers at Jisc’s Digital Festival 2015 – book now, it’s early bird rate until January 5th 2015.